Still room to grow for Sernova, according to Leede Jones Gable Douglas Loe of Leede Jones Gable is  Sernova (Sernova Stock Quote, Chart, News, Analysts, Financials TSXV:SVA), maintaining a “Speculative Buy” rating and target price of $2.50/share for a projected return of 92 per cent in an update to clients on September 16.

Headquartered in London, Ont., Sernova is a clinical-stage regenerative medicine therapeutics company, focusing on the development and commercialization of its Cell Pouch System and associated technologies, including the cell pouch and systemic and/or locally immune protected therapeutic cells and tissues.

Loe’s latest updates comes after Sernova provided an update on its existing alliance with the University of Miami to optimize the use of the university’s cell coating technology in combination with Sernova’s Cell Pouch, which Loe believes may be ready for formal preclinical testing.

“The two organizations originally announced their co-development alliance back in early FQ420 but we assume that the update just provided today has more embedded actionable activities,” Loe wrote. “These activities include scaling up manufacturing of the coating itself, applying the coating to functioning cell therapies, and then presumably undergoing one or more preclinical animal studies to ensure that coated islets preserve glucose-responsive insulin release in vivo.”

Loe said his modelling has always operated on the assumption that Sernova would incorporate one or more cell coating technologies into its Cell Pouch programs on account of the company’s connection to Dr. Alice Tomei, who originally developed the technology for applying porous polymer-based cell therapy coatings that protect coated cells from B-cell/Tcell/macrophage attack while allowing for the therapeutic molecules that coated cells produce (insulin or Factor VIII or thyroxine) to pass through.

Dr. Tomei’s laboratory at the University of Miami has published on the utility of polymer-based cell coatings in regenerative medicine, including a 2019 paper in Macromolecular Materials & Engineering, which described covalently-linked polyethylene glycol (PEG)-reinforced alginate microcapsules for cell immune isolation.

Further data and studies then showed that PEG-alginate coatings could function well to allow for the release of low molecular weight substrates that were previously loaded into cells incorporated within, with a Stem Cell Reports study in 2020 showing that the coating could also release insulin from polymer-coated stem cell-derived pancreatic islets, with behaviour in early laboratory/preclinical testing serving to justify further formal animal testing with Sernova to see if cell function and immune evasion can be separately preserved when coated islets are deployed within Cell Pouch and not just independently deployed without Cell Pouch functionality.

“In our development of a therapeutic cell therapy approach for all people with T1D, we have used a systematic and stepwise strategy, first by combining our Cell Pouch in the clinic for patients with brittle T1D with human donor islets protected with immunosuppression,” said Dr. Philip Toleikis, President & CEO of Sernova, in the company’s September 15 press release. “Given the proven safety and efficacy of our Cell Pouch technologies, we are now thrilled to take this next step in our strategic approach by collaborating with Dr. Tomei’s team to advance the conformal coating as a cellular local immune protection strategy for islet technologies.”

With research and development expected to be the main focus through 2023, Loe’s financial projections truly begin to take shape in 2024 and beyond, though he expects significant growth from the projected $483,000 in Cell Pouch T1D revenue in 2024 to become nearly a 10-figure generator at a projected $935.4 million in revenue for 2030, with multiple revenue streams in both the Cell Pouch and cell therapy sectors playing significant roles in the projections.

Loe believes Sernova to still be in line with its initial mandate and expects progress to continue moving forward.

“We consider Sernova’s update on its University of Miami cell coating alliance to be consistent with our existing investment thesis,” Loe said. “We expect either this or other polymer-based cell coating technologies to be incorporated into any future Cell Pouch-based clinical programs that Sernova and future partners initiate, and not just in diabetes for which the alliance is most imminently relevant.”

Sernova’s share price took off late last year but has evened out over much of 2021. Year-to-date, SVA is currently up 84  per cent. 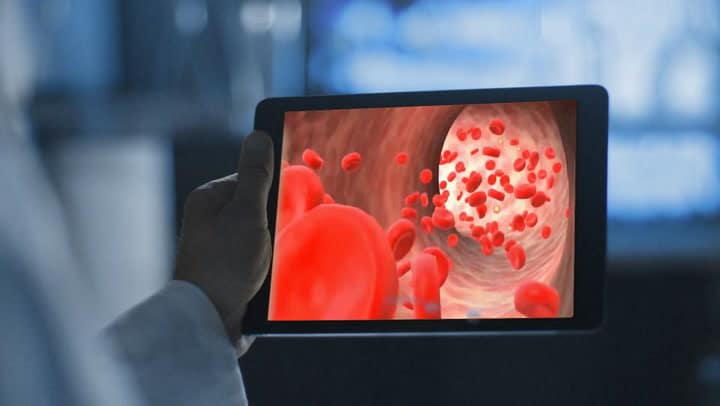