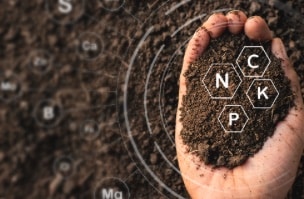 Toronto-based Deveron, which has data acquisition and analytics services for the North American farming sector, released its third quarter 2022 financials on November 21, featuring revenue up 347 per cent year-over-year to $7.2 million and an adjusted EBITDA loss of $1.0 million compared to a loss of $1.6 million a year earlier.

The company said the revenue boost came from organic growth and the integration of two additional soil testing labs. At the same time, a later-than-normal harvest resulted in lower margins, with the Q3 gross profit margin coming in at 60 per cent compared to 63 per cent a year ago.

Over the quarter, Deveron acquired Frontier Labs, the fourth soil lab now in the company’s operations. President and CEO David MacMillan said in the press release that the fourth quarter will see more record quarterly revenue as well as margin expansion, as more soil samples flow through the company’s ecosystem.

Looking at the Q3 results, Wright said the $7.2 million topline was under the consensus at $10.6 million, with the late harvest as a factor. EBITDA had the same issue, with the $1.0 million loss coming in larger than the Street’s call at positive $0.2 million.

“Long-term organic growth for the soil sampling and analysis industry continues to be about eight per cent on a CAGR basis,” Wright wrote. “Acquisition opportunities in this highly fragmented market provide the company with over a 40 per cent revenue CAGR for the foreseeable future.”

Wright maintained a “Buy” rating on FARM while dropping his target from $1.70 to $1.20, representing at press time a projected one-year return of 161 per cent.

The long-term growth profile of the business remains intact, in our opinion, with high-single-digit organic growth supplemented by a plethora of inorganic growth opportunities in a highly fragmented market,” Wright said.