The stock has pulled back significantly over the past month, which makes Walt Disney Company (Walt Disney Company Stock Quote, Charts, News, Analysts, Financials NYSE:DIS) a buy at these levels, according to portfolio manager Christine Poole, who says the company has many ways to make money in the post-pandemic world.

$270-billion market cap Disney has endured a 15 per cent pullback since its last earnings report, delivered on November 10, where the company’s fiscal fourth quarter results disappointed on top and bottom numbers. The quarter also putt into question the strength of its streaming service Disney+, which came in with lower than expected subscription additions.

“This has been a very productive year for The Walt Disney Company, as we’ve made great strides in reopening our businesses while taking meaningful and innovative steps in Direct-to-Consumer and at our Parks, particularly with our popular new Disney Genie and Magic Key offerings,” said CEO Bob Chapek in a press release.

Disney’s Q4 revenue was $18.534 billion, up 24 per cent from a year earlier, which was in the heat of the pandemic when its parks and cruise ship business were suffering greatly. Net income was $160 million compared to a loss of $710 million a year earlier while EPS was $0.37 per share compared to negative $0.20 per share for Q4 2020. On average, analysts had expected revenue of $18.79 billion and EPS of $0.51 per share.

Disney said it added 2.1 million subscribers to Disney+ to hit 118.1 million, which was up from 73.7 million a year earlier, while ESPN+ also went from 10.3 million to 17.1 million and Hulu went from 36.6 million to 43.8 million. The rise to 118.1 million for the two-year old Disney+ was in line with management’s forecast but was nonetheless under what analysts had expected, raising concerns that growth in that platform was slowing down.

Yet Disney has insisted that its slate of new content over the fourth quarter is going to make for strong uptake.

“Q4 will be the first time in Disney+ history that we plan to release original content throughout the quarter from Disney, Marvel, Star Wars, Pixar and Nat Geo, all in one quarter. This includes highly anticipated titles such as Ms. Marvel and Pinocchio,” said CFO Christine McCarthy in the Q4 earnings call.

Beyond its influx of new streaming titles, Disney’s current and future state seems tied to a number of contingencies, most important among them being the COVID pandemic and whether a fourth wave will draw out the waiting period before a full economic reopening. Likely all of Disney’s assets including parks, cruise ships and even streaming will be impacted one way or the other depending on how the pandemic plays out.

But Poole says the company’s strengths are many and Disney+ should do fine going forward.

“We’ve owned Disney for a few years and we would be buying here at this price level,” said Poole of GlobeInvest Capital Management, speaking on BNN Bloomberg on Tuesday. “It benefitted through COVID with their direct streaming which has done very well.”

“The stock has pulled back because their subscription additions have softened a bit or slowed as the economy reopens, but we do think next year as the company continues to launch globally and as they produce more content, more importantly, the subscriptions will once again pick up,” she said. “Management continues to say that they can target 230 to 260 million subs by fiscal 2024.”

Disney’s theme parks, a $26-billion business in 2019, doubled year-over-year in the company’s recent fiscal fourth to hit $5.450 billion, but the fiscal year still ended at $16.55 billion for the segment, showing that there’s still a lot of catch-up to be done.

Poole says the company is well up for the challenge and has made some good advances in terms of profitability.

“Their parks and cruise ship businesses are really the reopening play domestically,” Poole said. “The parks have been doing well. International visits have lagged because of international air travel, and we think that will come. It’s being delayed because of COVID.”

“Meanwhile, they’re implementing a lot of yield management tools so that now when you go into the parks you pay a little bit more but it’s much more productive and you’re wasting less time in line. And I think they have a lot of pricing leverage when people come into the park,” she said.

“So, we like Disney and we think that it’s going to be a combination of streaming as well as just their content of all the titles they have and their ability to leverage that content,” Poole said. 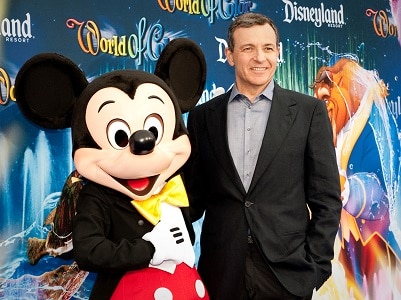