Will the cruise ship industry ever recover? How times have changed.

Over the past two weeks, we have witnessed the shuttering of industries at a profound rate, including the cruise ship industry.

According to Cruise Lines International Association the 2017 total economic impact of the cruise industry was $134 billion. It provided employment for more than a million people around the world.

An investor navigating the complex world of the stock market is faced with a risky challenge. But a cruise line passenger navigating the world’s oceans on a floating city stares down a deadly one. And health concerns aboard what have been called “floating petri dishes” are nothing new.

It’s glaringly obvious now, but arguably, it has long been the most worrisome challenge of the cruise line industry to merely keep its customers healthy in an environment that is conducive to the spread of disease.

“Travelers from diverse regions brought together in the often crowded, semi-enclosed environments onboard ships can facilitate the spread of person-to-person, foodborne, or waterborne diseases. Outbreaks on ships can be sustained for multiple voyages by transmission among crew members who remain onboard or by persistent environmental contamination. Port visits can expose travelers to local vectorborne diseases,” says the The Centers of Disease Control and Prevention (CDC).

These issues are coming home to roost for cruise ship firms. In February, UK officials announced the sixth death of a Diamond Princess cruise ship passenger. On March 25th, USA Today reported that two more had passed. It gets more grim. Holland America’s Zaandam is heading to Florida and has four dead COVID-10 passengers on board.

It will come as no comfort to present or future travelers that there is even a term for what cruise ship passengers face when they step onboards. ‘Emporiatrics’ is a modern term used to describe a branch of medicine specifically designed to deal with health problems that arise in international travelers. It is emporiatrics that comes into play when cruise ship medical staff need to treat various illnesses that may arise during the voyage. 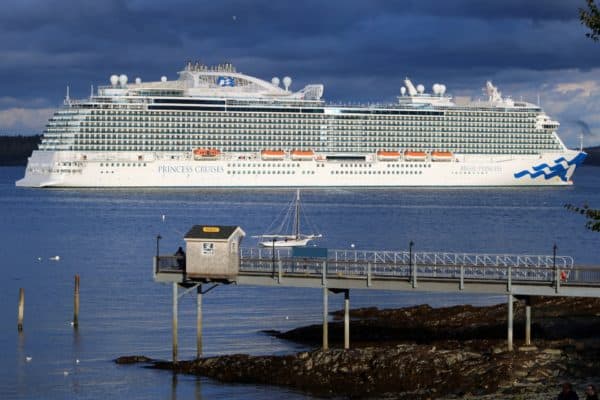 And guess what kind of illnesses these most often are? You guessed it.

“The most frequently reported cruise ship outbreaks involve respiratory infections, GI infections (such as norovirus), and vaccine-preventable diseases other than influenza, such as varicella (chickenpox)” says the CDC.

Will diners return to restaurants when the coronavirus passes? Absolutely. What about hotels? With extended safety measures and enhanced cleaning regimes, their guests will almost certainly come back en masse. And people will once again board airlines to get to them, too.

But what about cruise ships, with their atrocious record on health and increasing reputation for being one of the worst polluters out there? That’s a tough sell.

Okay, so the industry survives off bailouts until people forget all about this, right?

Well there’s where perhaps the dirtiest secret of the cruise ship industry is exposed.

“Carnival pays so little tax partly because of a provision that lets some shipping companies legally incorporated overseas (Panama, in Carnival’s case) avoid taxes. The fact that Carnival’s executives sit in Miami and or that many passengers board in Baltimore, Los Angeles, Miami, New York and Seattle doesn’t matter. Nor does the fact that Carnival isn’t paying much tax in Panama,” Leonhardt wrote.

Okay, so no bailout, right?

Not so fast. It seems U.S. President Donald Trump is considering a handout to the cruise ship industry with the caveat that they register as American corporations, echoing an idea from Missouri Senator Josh Hawley.

“Come back to America. And pay your taxes. How about that?”, Hawley tweeted on the matter.

But will there be any profits left to tax when things return to normal? Or will American taxpayers be left with a certain sinking feeling?