Catamaran posts another record year, but still has room to grow 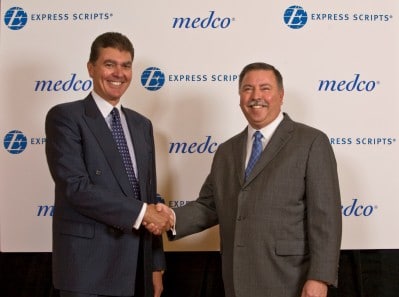 The story of Catamaran Corp. (TSX:CCT), the giant healthcare technology company that was once known as tiny SXC Health and hailed from Milton, Ontario, isn’t familiar to most Canadian investors, but it should be.

This morning, Catamaran posted another record year. The company earned $116.7-million on revenue of $9.9-billion, which was up 100% over 2011 which, incidently, was also a record.

The big news for 2012, of course, was the company’s merger with Catalyst Health, which was approved by shareholders on July 3rd. CEO Mark Thierer said the opportunities for growth in its space aren’t over.

“This past year has been a transformative period for Catamaran, led by the merger with Catalyst which doubled our size,” he said. “Throughout this period, we never lost sight of our goals and operational plan, which was the foundation for the results we achieved in 2012. Our operational excellence, coupled with the successful progression of our integrations, yielded another record setting year. The dramatic changes embarked upon by Catamaran in 2012, combined with the financial savings and clinical results we delivered to our customers, have created a number of new opportunities for the Company. The entire Company is focused on continuing to deliver superior results, and we are well positioned to take advantage of our growth and enhanced capabilities in 2013.”

SXC Health’s trajectory is unparalleled in the recent history of Canadian tech. As late as 2004, the company was plodding along more than a decade after it was founded with just $33 million in revenue. There was no big, splashy Bay Street IPO; the company went public in a reverse takeover of a publicly listed shell, allowing it to raise a relatively meager $10 million in 1997.

Today, Catamaran is filling the upstart number three role in a space dominated by Fortune 500 giants.

Pharmacy Benefits Managers are third party administrators of prescription drug programs, and are responsible for processing and paying prescription drug claims. The sector was shaken up early in 2012 when the merger of Express Scripts and Medco got the green light from US antitrust regulators and created a leader that boasted combined revenues of $116-billion, topping the space’s number two, CVS Caremark, which was the result of a merger between the large drugstore chain that was CVS and pharmacy benefits manager Caremark. CVS Caremark is now the second-largest competitor with $107 billion in revenues, and itself the subject of antitrust debate.