Ten Technology stocks with Buy ratings for your portfolio

The tech sector has been under pressure for the better part of eight months now, as the market continues its turn away from growth names towards purportedly more defensive spaces. Tse and Shao argue that while there’s still outsized uncertainty on tech, especially considering factors such as rising interest rates, inflation, a slowing economy and foreign exchange issues, much of the risk has already been accounted for in terms of share prices.

The big question, of course, is whether all that potential downside including forward estimates on earnings has been captured at current levels or whether there’s more negative recalibration to come.

Tse and Shao say their base case scenario shows that current prices have priced in “a considerable amount” of forward estimates, while a severe slowdown under a bear case scenario may still mean another potential ten per cent drop to come.

That analysis comes with the following observation, however:

“While that’s still downside from here, if you believe consensus targets on many names, the risk might be missing out on the potential short-term upside,” Tse and Shao said in their report published on Wednesday.

On a shorter term horizon, Tse and Shao said there are a number of names under their coverage which could gain or lose in particular from the Q2 reporting season, mentioning two with potential upside, Kinaxis and Lightspeed Commerce, with Kinaxis potentially benefitting from the acceleration of its pipeline expansion while Lightspeed could benefit from tailwinds related to the reopening of bricks and mortar shops, particularly in the hospitality sector, along with integration leverage.

On the potential downside connected to the Q2 reports, Tse and Shao pointed to: E Inc due to challenging auto volumes in the quarter across the industry; Farmers Edge due to potential negative impact of inflation on its capital investment; mdf commerce due to continued cost challenges and moderating e-commerce volumes; Real Matters due to rising interest rates and their negative impact on volumes; and Shopify due to potentially tough year-over-year comparisons along with moderating gross merchant volume and new merchant additions.

Below is a snapshot of the National Bank Financial take on 12 technology companies in its coverage, ten with Buy-equivalent ratings at “Outperform” and two with “Sector Perform” ratings. All figures are in Canadian dollars except where noted otherwise and all projected 12-month returns are listed as per publication date of the National Bank report on July 20. Cantech Letter will be following up next week with another ten tech picks from National Bank.

Tse said he’s expecting in-line results from Altus Group’s second quarter, the first under new CEO Jim Hannon. Tse said he’s confident the company will achieve its $400 million revenue target by 2023 for Altus Analytics and he sees potential for margin expansion in both that segment and Property Tax, while the company continues to increase its market share.

“We continue to like AIF for its strong defensive attributes and believe the Company remains well-positioned to capitalize on its growth targets. Further, we see potential option value from an increasingly tech-focused Property Tax segment moving forward,” Tse said.

Shao said his investment thesis on Blackline remains unchanged, with the expectation for the company’s upcoming third quarter fiscal 2023 being that product revenue should grow by 66 per cent year-over-year on seasonally strong sales and a strong energy market in North America, although he also pointed to a slower recovery in the European market. Shao mentioned a new client win with a UK-based water and wastewater company that should bring in a total of over $4.2 million.

“We believe Blackline’s technical edge comes from its connectivity that enables flows of data for greater visibility of employee activities and their work environment. While the gas detection and employee monitoring markets are niche markets, the Company has been replicating its success in the energy market to other verticals, and we estimate Blackline only accounts for ~one per cent of the market share,” Shao wrote.

Growth for Canadian IT Services giant CGI Inc may be moderating but it’s still robust, according to Tse, who noted that the IT sector in general is entering a period of outsized demand due to the ongoing digital transformation across all industries. Ahead of CGI’s fiscal third quarter earnings, Tse is calling for about 6.1 per cent revenue growth, with the thought of further growth coming from M&A over ensuing quarters.

“We believe CGI is moving back to its former growth trajectory (both organic and inorganic) pre-COVID. For longer-term investors, we believe IT Services remains one of the segments in tech to see outsized benefit from ‘reopening,’ particularly for vendors that can pivot their service offerings into areas of demand — much like CGI is doing,” Tse wrote.

Shao said he has revised his target downward on Converge as a result of incremental considerations such as the timing of deal closings and a potentially challenging hardware market. At the same time, Shao thinks the company’s organic growth has not historically been priced in, while Converge’s main growth driver, its M&A program, looks all the more attractive due to valuation pullbacks among its M&A targets. Shao said CTS’s valuation is already at a discount to its peer group.

“Our investment thesis remains unchanged as we continue to believe Converge is undervalued for its M&A prowess and organic growth potential,” Shao wrote.

On decision analytics company Copperleaf, Shao said he’s optimistic on its ability to convert its scaling customer pipeline given its comprehensive offerings in a niche market with little competition. Shao said it’s Copperleaf’s market leadership that has National Bank maintaining an Outperform rating on the stock.

Solid quarterly results should be coming from Coveo Solutions, according to Tse, who noted the stock has been dragged down by a valuation re-rating across the tech space and that’s despite the company exceeding the profitability targets it put forth at the time of its IPO last November.

Tse said demand for Coveo’s Relevance platform should remain robust and that overall Coveo is likely to keep up its growth pace for the foreseeable future despite an unfavourable general backdrop, pointing out three factors in its favour:

Cloud-based learning software company D2L should see stable demand for its platform, according to Shao, while the pullback in e-learning stocks has been notable. But Shao thinks D2L has some important defensive attribute to help sustain growth despite a challenging macro environment, as 80 per cent of its revenue is from educational institutions like K-12 schools and universities with long-term contracts.

“Looking out, we expect the trend in hybrid learning (i.e., eLearning and in-person learning) will continue which should drive the stock in the long term,” Shao wrote.

Another e-learning company, Docebo’s technical edge comes from its AI and social learning capabilities due to its ability to customize and optimize learning content, Tse said. The analyst pointed to research firm Fosway Group which ranked Docebo as the highest performing LMS among its Core Leader category within a 2022 report on Learning Systems. Growth for DCBO should come from a number of areas, Tse said, including new customers, cross- and up-selling to customers, larger deal sizes and geographic expansion.

“We believe the market continues to undervalue Docebo despite its consistent execution and robust fundamental outlook, particularly as it is pointing to break- even (Adj. EBITDA) by the end of F22,” Tse wrote.

On digital automotive dealer solutions business E Automotive, Tse is expecting soft results with its second quarter, based on used vehicle volumes being down 13 per cent year-over-year for the second quarter. At the same time, Tse said EINC is unique in being an early-stage name that’s taking market share through organic and inorganic investments, with that growth helping to offset some of the secular decline.

“EINC operates in a highly competitive industry with large well-established incumbents such as KAR and Manheim. That said, we believe EINC has the potential to be a disruptive player given its seasoned Management team backed by an investor (Intercap) which has a successful record of scaling technology businesses, with experience in automotive (Dealer.com acquired by Dealertrack, and later Cox Automotive). It is worth noting that during Q2 2022, Intercap purchased an additional 2,341,000 common shares (total consideration of ~$14.5 million) in the public market,” Tse wrote.

Supply chain software company Kinaxis remains one of National Bank’s favourite names, Tse said, with global supply chain challenges presenting a structural tailwind for the company and its planning platform. Tse says Kinaxis is a prudent allocator of capital, one that usually deploys capital ahead of a growth spurt — and its most recent investment cycle is no different, he says. Also, look for KXS to deploy some cash on M&A to acquire talent and/or technical capabilities.

“We continue to believe KXS’s valuation does not fully value a ‘normalized’ financial run-rate looking ahead, particularly given what we estimate to be a market share of less than five per cent. With our expectations for accelerating momentum beyond the current pandemic, we reiterate our Outperform rating,” he said.

There’s downside risk to agri-data company Farmers Edge’s second quarter results, according to Tse, due to inflationary pressures continuing on agricultural inputs like synthetic fertilizers and fuel. But Tse sees carbon offsets as a potentially meaningful opportunity for the company, with trends indicating the price for offsets could potentially double by 2030, making the adoption of FDGE’s proprietary tech by farms more attractive.

At the same time, Tse pointed to the high churn rate at the company’s executive level as a notable risk for investors.

“Overall, lack of execution coupled with corporate actions that has led to high turnover among C-suite executives has us sticking to the sidelines,” Tse wrote.

Niche vertical market software consolidator Constellation should deliver in-line results with its Q2, Tse said, with the company likely having deployed about $800 million in capital over the quarter, including the previously announced aquisition of Allscrpts Hospitals and Large Physician Practices for $670 million.

“Longer term, we continue to believe spinoffs are a potential avenue of value creation. Our view is that the highly successful Topicus spinoff has paved the road for future divisional spinoffs moving forward,” Tse wrote. 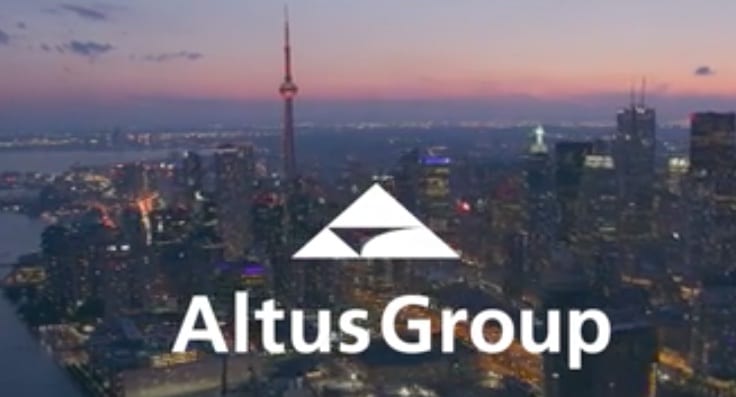