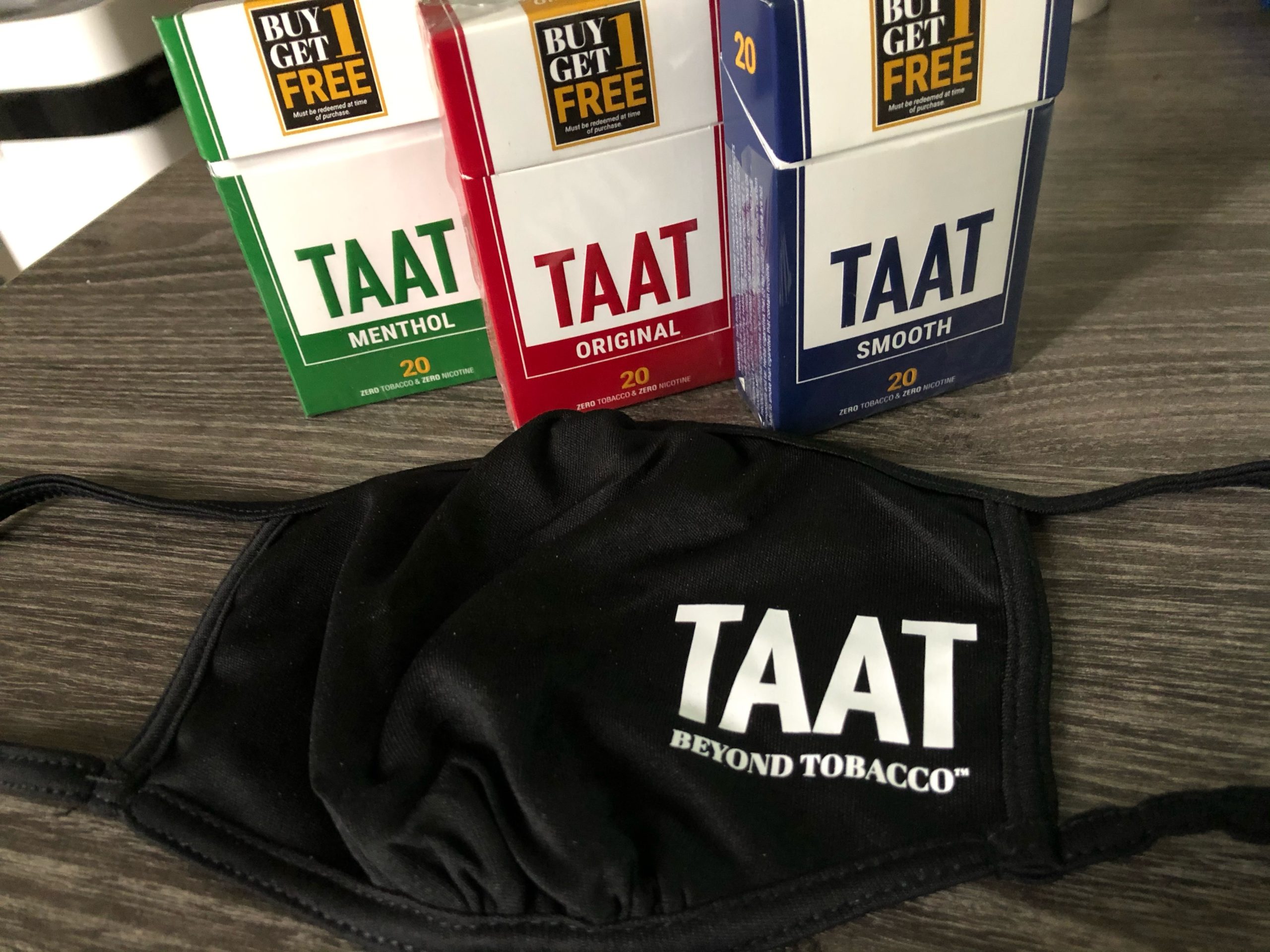 TAAT has been on a tear of late, with the stock vaulting ahead by 84 per cent since the start of February. That’s a lot of ground covered in a short span of time but seemingly par for the course for TAAT, which now less than a year into its run as a public company has now returned a massive 620 per cent.

So, what is TAAT? It’s a cigarette company forging a path down the middle between tobacco and vapes. Led by former Philip Morris lead strategist Setti Coscarella, TAAT’s proprietary formulation Beyond Tobacco gives the smell and taste of a cigarette without the nicotine or the tobacco. And while vaping and e-cigarettes can offer something similar in the way of alternatives to nicotine and tobacco, the experience is said to be very unlike that of smoking a cigarette — hence the draw of Beyond Tobacco.

TAAT reached commercial-scale production this past fall and launched in the state of Ohio soon after, where so far the product — available in Original, Smooth and Menthol — has seen about 60 per cent of tobacco retailers who carried TAAT for three or more weeks now placing more orders.

The new event from TAAT is the launch of its e-commerce portal, scheduled for February 17 at 9 am EST, giving US adults 21 and over the opportunity to buy TAAT and have it shipped to eligible jurisdictions.

“Selling TAAT online can create a number of advantages for us in the $814-billion tobacco industry,” said Coscarella in a February 12 press release. “Foremost, we will be able to benefit from an unprecedented market reach as soon as the online store launches, as opposed to having to set up distribution from scratch in each and every new market.”

“Second, the online sales channel can provide us a much greater degree of insight into the tendencies and preferences of smokers aged 21+ who purchase TAAT directly from us,” he said. “Additionally, by selling directly to our customer base we expect we will be able to maintain some very favourable profit margins.”

TAAT aims to tap into the general movement of retail online, which was already gaining traction before the COVID-19 pandemic hit but got flipped into hyperdrive by the stay-at-home economy that quickly developed. The company quoted in the press release a stat from the US Census Bureau saying 14.3 per cent of total retail sales over the third quarter 2020 occurred online, which was up from 11.2 per cent a year earlier.

“Data from IBM’s US Retail Index suggests that the COVID-19 pandemic accelerated the shift away from physical stores to digital shopping by roughly five years,” TAAT said.

Earlier this month, TAAT reported that due to sustained demand from Ohio retailers the company has upped its production rate by 233 per cent at its processing facility in Las Vegas.

TAAT is an annual sponsor of Cantech Letter