Disney is going to put a dent in Netflix, this investor says 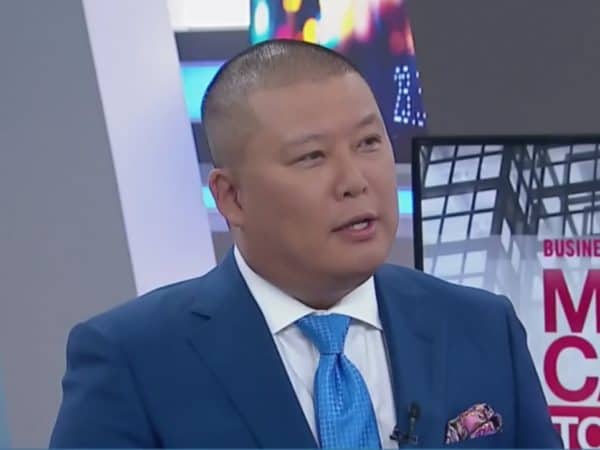 Netflix (Netflix Stock Quote, Chart, News NASDAQ:NFLX) will be watched very closely, but not in a way it is used to.

From here on shareholders interested to see how the content provider makes out once the streaming wars kick into high gear with the launch of names like Disney+, Apple TV+ and HBO Max will be turning their gaze to NFLX.

So how will Netflix stack up? There are looming expenses to worry about along with declining growth in subscriber additions but the main issue will be competition, says Scotia Wealth manager Stan Wong, who adds that the stock is already looking pricey.

“I think that the one word to use about Netflix is competition. Competition is intensifying with Disney+ launching in a few weeks, there’s Amazon Prime, Hulu, Google and Apple is joining the fray,” said Wong, portfolio manager and director of wealth management at Scotia Wealth, who spoke to BNN Bloomberg on Thursday.

Netflix is pricey and Disney is on the way…

“It’s also trading expensive at 55x forward earnings. There’s a 40-per-cent growth rate but is that growth rate sustainable in the face of all that competition? It’s got a lot of subscribers, 165 million around the world. They’ve had this dominance, it has been unchecked all this time and now these other players are coming in. I think that Disney is going to put a dent in this thing,” he says.

Netflix reported its third quarter earnings last week, posting revenue in line with expectations and an earnings beat. The company generated $1.47 per share in earnings compared to the $1.04 that analysts had been expecting, while revenue came in at $5.24 billion compared to the expected $5.25 billion. (All figures in US dollars.)

Yet despite those agreeable numbers, Netflix had many dwelling over subscriber additions which grew by 517,000 on the domestic front, much lower than the 820,000 expected by analysts, while internationally, the company fared better with 6.26 million adds compared to the expected 6.05 million. Going forward, management said that its fourth quarter would bring in 7.6 million global subscribers, lower than last year’s 8.8 million for the Q4.

The subscriber ceiling seems to be clearly visible at least domestically, especially considering the new arrivals to streaming coming online in upcoming months.

“We think it will be hard for Netflix to grow much more in the US, and we suspect pricing power is limited,” said Macquarie analysts Tim Nollen and Jordan Boretz in a note to investors. Last week, Macquarie downgraded Netflix from Outperform to Neutral. “Content costs continue to rise and marketing demands will remain high, and the turn to positive [free cash flow] will take many years, while another debt raise is forthcoming,” the analysts said.

Netflix has been on a slide since July, losing 28 per cent of its value over that stretch. At $276 per share as of late-day Friday, the stock is far off its high set in the summer of 2018 where it reached $423 per share.

Wong says that the technicals for Netflix are also telling.

“It’s not a stock that we have. I’m also concerned about their cash burn. They’re spending $15 billion to continue to create new content which is what brings people back,” Wong says.

“You can tell by the stock price, which is quite sideways in terms of the 200-day moving average and the price itself is below that average. So from a technical perspective it’s a little bit weak, and it has been underperforming since about mid-2018, which is consistent with the FAANG index in general,” he said.