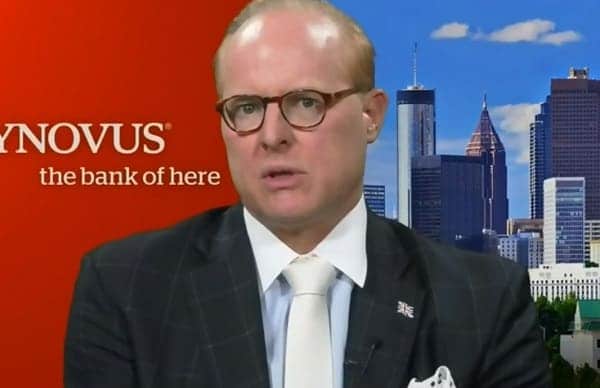 And while some are predicting a major pullback is in store, Synovus Trust senior portfolio manager Daniel Morgan says there’s still lots more room for tech to grow.

Yesterday, the NASDAQ gained one per cent to close at 8,109.69, buoyed by gains from Apple, Alphabet and Amazon, which rose 1.5, 3.4 and 1.5 per cent, respectively. Amazon’s growth was in part fuelled by a Morgan Stanley update that raised its price target to US$2,500 and called for the company to hit a market capitalization of $1.2 trillion within the year.

Too crazy? It’s true that ‘What goes up must come down,’ but that logic doesn’t necessarily apply here, according to Morgan, who waves off the dot-com comparisons.

“You go back and you look at the [NASDAQ’s] previous high, which was the dot-com bubble that everybody’s afraid about,” says Morgan, to BNN Bloomberg. “At that time, you look at the technology sector which was trading at about 77x earnings, tech was about 35 per cent of the S&P 500. Right now, the technology sector is now only about 25 per cent of the S&P and it trades at about 23 times earnings.”

“My response is, yeah, we can draw these correlations to what happened back in the dot-com era where we blew up in 2000, but the reality of the situation is that the valuations are nowhere close, nor is the predominance of the market cap in representation of the market in terms of these indices the same,” he says.

Morgan points out that the NASDAQ’s peak during the dot-com era was 5,000 points, which it took until 2015 for it to reach again. This past January, the NASDAQ climbed past 7,000 and then took only seven months to crack 8,000.

“I still think there’s room to go because there’s plenty of earnings growth and the economy is good and as long as that continues, I would expect the stocks to go higher,” says Morgan.

“It’s not just all top-heavy with the FAANG names,” he says. “I think there are other names in tech that you can still get involved with that should do very well.”

And while he predicts clear skies ahead, Morgan says that one potential hiccup might come from international trade disputes, which have so far not involved technology and tech services to a significant degree.

“I think that’s one of the reasons why tech has done so well,” he says. “If you look at Industrials, you look at other sectors, you have this black cloud over them when it comes to trade. So far, tech has been relatively immune. You don’t see it as much out there.”

“I think if that black cloud was to come over tech, it might be very difficult for the NASDAQ and the S&P 500 to be hitting these new highs that they are today,” he says.