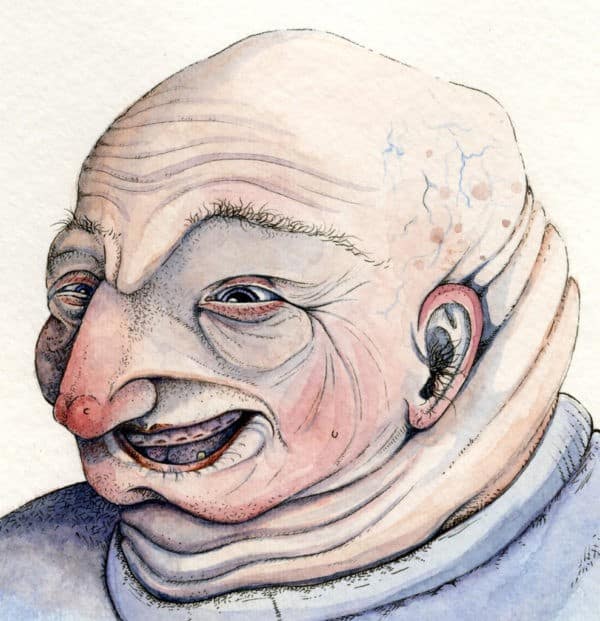 Are ugly people paid less than their beautiful counterparts?

Yes and no is the truth of the matter according to a new study published in the Journal of Business and Psychology, which digs deep into the idea of a beauty premium explain how physical appearance translates to success and higher earnings.

The stats are out there —a study of law school graduates found that after five years of practice, the more physically attractive lawyers were making more money. The same goes for MBAs. A Canadian study of university professors found that those who scored higher on the “hotness” rating on the student-populated RateMyProfessors.com earn six per cent more than their less hot colleagues with similar qualifications. Even the bare fact of being taller than the guy or gal next to you gives you a reported $800 a year more for every extra inch in height.

So, yes, physical appearance rules. In his 2011 book, “Beauty Pays: Why Attractive People Are More Successful”, economics professor Daniel Hamermesh totals up the research to state that attractive people are likely to earn three to four per cent more than unattractive people, which over the course of a lifetime can add up to $230,000 more.

And it’s not just in visually-concentrated milieu like TV broadcaster or movie actor that looks matter, says Hamermesh, but careers all across the board. “You would think you could find examples of occupations where being unattractive wouldn’t hurt you at all,” says Hamermesh to the Wall Street Journal. “But in every one I have looked at, being better looking helps you.”

So, accepting the beauty premium (or ugliness penalty, if you will) as an unfortunate given in life, we can nonetheless ask why it is so. That’s the premise behind a new study conducted by researchers at the London School of Economics and the University of Massachusetts who tested the most likely explanations and found that the typical ones — that employers, whether consciously or otherwise, discriminate in favour of attractive people when hiring and that attractive people typically gravitate to the kinds of careers that pay more — do not hold up under scrutiny.

In fact, the study’s authors say, the truth is that attractiveness is positively correlated with genetic and developmental health, with general intelligence and even productivity and positive personality traits and that, ultimately, the association between physical attractiveness and earnings “largely disappeared” once differences in health, intelligence and personality were statistically controlled.

The researchers used data from the National Longitudinal Study of Adolescent Health (Add Health) in the US, a large study of over 20,000 youth and young adults which tracked various factors including evaluations of their attractiveness over a 13-year period.

Along with proving the correlation with factors like health and intelligence, the results brought forth another interesting anomaly — those young adults evaluated as “very unattractive” consistently had greater earnings than their merely “unattractive” peers and sometimes more than those in both the “average-looking” or “attractive” categories, a fact that the authors suggest might be connected to intelligence and level education achieved by the very unattractive.

The study’s results could have an impact on labour economics and organizational behaviour, say the authors. The typical assumption is that employers who choose more attractive employees are discriminating based on arbitrary characteristics, but if it’s true that attractiveness is positively linked to genetic, health and productivity traits, then choosing employees based on looks could be viewed as a more objective, and thus less arbitrary, form of discrimination.

Maxar Technologies is still drowning in debt, this investor says

Intel is a good investment and a bad trade, this investor says