VEXT Science is trading at a big discount, Beacon says

Vertically-integrated cannabis company VEXT Science has services to wholesale operations in Arizona and its two Herbal Wellness Centre dispensaries in the Phoenix along with cultivation facilities in Phoenix and Prescott Valley and  expansion opportunities in other states through joint venture agreements.

Stanley’s latest analysis comes after VEXT reported its second quarter 2021 financial results, which featured $9.4 million in revenue, a result in line with the consensus projection of $9.4 million but under the Beacon Securities projection of $10.5 million. Adjusted EBITDA of $3.4 million (for a 37 per cent margin and beating the Beacon projection of a 33 per cent margin) was in line with Stanley’s estimate of $3.4 million as well as the consensus call for $3.3 million. (All figures in US dollars except where noted otherwise.)

“In a growing, limited license state, additional cultivation and manufacturing capacity are important strategic advantages,” said Eric Offenberger, CEO of VEXT in the company’s August 24 press release. “In July, we highlighted another avenue of growth for Vext, by agreeing to produce and distribute both MAJOR cannabis infused beverages and Wynk THC seltzers, in Arizona. With the capacity to produce high quality third-party products and an established distribution channel to the vast majority of dispensaries in the state, we expect to further leverage our existing infrastructure and drive incremental profitability for shareholders.”

“Outside of Arizona, we have continued to make progress in Ohio, where the Vapen brand continues to sell well. Ohio is a very promising market, with a limited license framework similar to what we are used to in Arizona. In July, we announced that after a 12-month period, through a joint venture, we would be able to formally apply to the Ohio Board of Pharmacy to transfer ownership of a provisional cannabis dispensary license to Vext and its partners. Between Arizona and Ohio, we expect the next 12 months to be a very exciting growth period as we continue to build a focused, profitable, multi-state footprint,” Offenberger added.

VEXT is also in the process of converting its not-for-profit operations to for-profit entities as of January 1, with an aim toward reporting results on a traditional, consolidated basis beginning with the company’s 2022 first quarter results next May.

“We view this as an important, positive step towards simplifying the financial results and comparisons with peers, which should broaden the investor audience and support multiple expansion,” Stanley said. “The planned timing will also enable a clean break from structure-to-structure.”

Stanley’s adjusted EBITDA projections are also dialed down slightly, with a new 2021 estimate of $14.2 million instead of $16 million while retaining a 36 per cent margin, while the new 2022 estimate is $27.5 million instead of $27.8 million with a 39 per cent margin. Stanley notes the drops are on account of the current throughout capacity of the two Phoenix dispensaries.

The analyst has VEXT currently trading at 3.9x his 2022 EBITDA which he sees as representing a 64 per cent discount to its peer group average at 10.8x.

Stanley noted that the company’s future plans include submitting applications for additional retail licenses in Ohio, as the Ohio Board of Pharmacy plans to expand its license count from 58 to 130.

“Given the size of this market, competition will likely be intense, but as a number of large MSOs have already reached the current state maximum of five dispensaries, several major would-be applicants will likely be precluded from even applying on this next round,” he said.

Up ahead, Stanley counted as catalysts further buildout and regulatory developments in Arizona and Ohio, the third quarter financials and completion of the not-for-profit conversion. At the time of publication, Stanley’s C$2.75 target represented a projected one-year return of 257 per cent.

VEXT’s stock price has dropped 23 per cent for the year to date, reaching a high point of C$1.54/share on February 10. 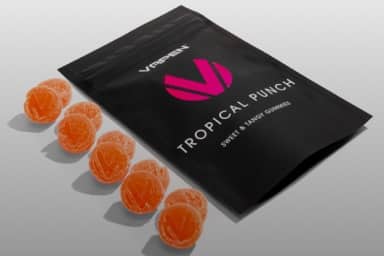