Should you buy beaten down Air Canada stock? 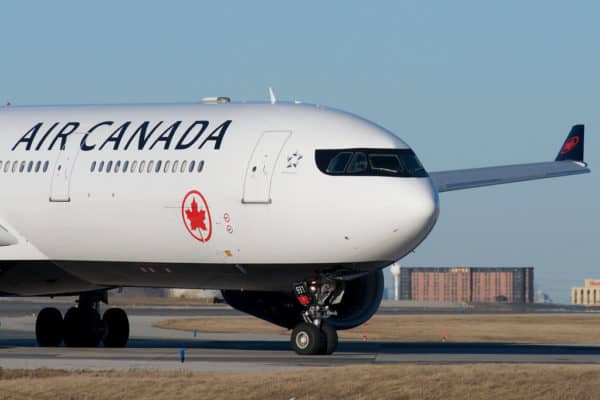 Even with a terrible chart, Air Canada (Air Canada Stock Quote, Chart, News TSX:AC) stock should be one to avoid —and not just because of further coronavirus fears. The problem, says fund manager Christine Poole, is there are a lot better bargains right now than airlines.

The COVID-19 pandemic has altered the lives of Canadians from coast to coast as the country battens down the hatches in preparation for the majority of the onslaught still to come. And while closing schools and shutting down public venues and sports facilities are aimed at leveling out the outbreak’s peak — in hopes that Canada’s healthcare resources will be more able to manage the stress.

So too are travel restrictions, with their accompanying impact on airlines’ fortunes.

The federal government on Friday announced that international travel would be pared down to a small group of airports and while not banning travel outside of Canada called for citizens to forego non-essential travel outside of the country. Global Affairs Canada also advised Canadians currently outside of the country to “consider returning to Canada earlier than planned” and to register with the Registration of Canadians Abroad service.

Airlines have already been hit, with WestJet announcing that layoffs will be coming and holiday company Air Transat says it has been in conversation with the province of Quebec over potential support during these trying times. According to the International Air Transport Association, air travel in Canada and the US could fall by a whopping $21.1 billion when all is said and done.

All that bad news has taken more than a bite out of Air Canada’s share price which has been the toast of the airline industry for a number of years now. Last year saw AC return 87 per cent as the company looked to be firing on all cylinders after pulling itself out of years of debt and dysfunction.

But 2020 has been a different story almost from the get-go, as fears over the virus’ spread in China started rattling the airline stocks. Then it got worse starting mid-February, from which names like United Airlines, American Airlines and Air Canada all lost about half of their value.

But all stocks are down, said Poole, CEO and managing director at GlobeInvest Capital, making for lots of options to choose from.

“We typically have no investment in the airline industry so I'm not a buyer of Air Canada,” said Poole, speaking to BNN Bloomberg on Friday. “Probably if you're a trader, potentially, it is a trade because if these things were covered those airlines have been hit very badly so they should get a bounce. But we’re not buyers of the airline industry because it is quite a leveraged industry.”

“And for myself, I'm thinking for our clients where so many of these secular growth stocks have been really hit. My preference would be to buy one of those names that are in an industry that’s growing organically and they're well positioned at attractive prices now. Rather than taking a trading bet on Air Canada,” Poole said.

Air Canada reported its fourth quarter earnings in mid-February where it missed analysts’ estimates for profit at adjusted net income of $47 million, down from $55 million a year earlier. The company said it has dealt with higher costs and flight cancellations as a result of the Boeing 737 Max 8 groundings, ongoing since March of last year.