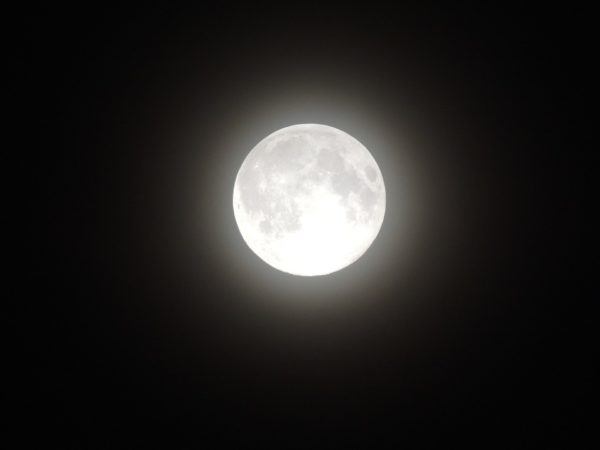 Scientists at Baylor University in Waco, Texas, have discovered an unusual metal mass buried at the south pole of the moon, one that likely originated some four billion years ago from a head-on collision with an asteroid.

Researchers say that find will alter our understanding of the moon’s South Pole-Aitken basin, one of the pivotal locations for studying catastrophic impact events.

Published in the journal Geophysical Research Letters, the study titled “Deep Structure of the Lunar South Pole-Aitken Basin” came about through the analyzing data from NASA’s Gravity Recovery and Interior Laboratory (GRAIL) mission, which took place during 2011 and 2012.

When the research team combined the data with lunar topography results from the Lunar Reconnaissance Orbiter, the large mass was discovered, one which is big enough to weigh down the basin floor by a little less than a kilometre. At about 2,000 km wide the South Pole-Aitken basin is the largest crater known to scientists, with the newly-discovered mass underneath it being large enough to affect the moon’s gravity.

“Imagine taking a pile of metal five times larger than the Big Island of Hawaii and burying it underground,” said lead scientist Dr Peter James, in a press release . “That’s roughly how much unexpected mass we detected.”

While the true origin of the metal mass is still unconfirmed — another theory is that it’s actually a concentration of dense oxides arising from the last stage of lunar magma ocean solidification —the researcher used computer simulations to theorize that a large asteroid impact could have dispersed the material into the moon’s upper mantle.

“We did the math and showed that a sufficiently dispersed core of the asteroid that made the impact could remain suspended in the Moon’s mantle until the present day, rather than sinking to the Moon’s core,” James said.

What about mining on the moon?

According to NASA’s Jet Propulsion Lab, the moon contains three crucial elements; water, Helium-3 and rare earth metals. JPL says the rare earth metals, in particular, are important to earth right now because they are used in the manufacture of electronics such as smartphones, computers and medical equipment.

So could moon mining work? “At this stage it’s still guesswork,” the Jet Propulsion Lab says. “Most proposals have resembled the Underpants Gnomes business model.” (Underpants Gnomes is a meme derived from South Park that basically points out that there is a huge gap in the first and third parts of a plan, in this case, how to get the minerals from the surface of the moon).

So yes, there is a mass metal anomaly on the moon and yes, moon mining is theoretically possible. But JPL says there are additional concerns.

“The biggest concerns are environmental damage and the ethical consequences of moon-mining, the organization said in a recent infograph. Also, JPL points out, according to the 1967 United Nations Outer Space Treaty, no nation can claim ownership of the moon. But, they add, “there is nothing to stop miners claiming property rights and using the moon as a commercial venture.”

Below: Gravitational anomaly discovered on moon