This Canadian company is trying to stop the next pandemic 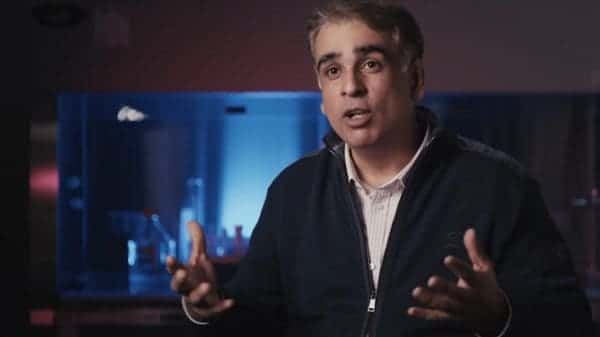 The next pandemic could be the worst one. But what if we could stop it?

A Vancouver-based gene sequencing company is using IBM’s cloud capabilities to revolutionize the diagnostic process, aiming to give physicians an eight-hour turnaround in correctly identifying any type of pathogen, from the common flu bug to avian flu and hepatitis.

Outbreaks and pandemics of infectious diseases are becoming more common over recent decades, with scientists attributing the explosion of new viruses to a number of factors, including human development into previously uninhabited areas of the planet, over-crowding in cities and the impact of climate change, which has expanded the habitat zones for disease-carrying insects.

And new strains of avian flu continue to emerge, some of them making the jump to from birds to humans, as scientists are on edge waiting for the moment when the virus evolves to the point where human-to-human transmission is possible. Currently, the bird flu virus called H7N9 is being carefully watched, as the United States Centers for Disease Control and Prevention (CDC) calls H7N9 a strain with the greatest potential to cause a pandemic, one that could result in deaths in the tens of millions.

Central to the task of averting future pandemics is the quick and accurate identification of viruses and pathogens so that health teams can know what they’re dealing with. Fortunately, DNA sequencing, which allows scientists to completely map out an organism’s genetic footprint, has come a long way even over the past two decades. High-throughput sequencing, also called next generation sequencing, uses massive computing power to sequence literally thousands or even millions of strands of DNA at the same time, making pathogen identification that much easier.

Fusion Genomics in Vancouver focuses on gene sequencing and has turned to IBM’s cloud platform to help analyze the massive amounts of genomic data involved in its DNA/RNA capture technology.

“We chose IBM over other cloud providers because of its ability to quickly scale up or down while ensuring that sensitive data is protected with one of the most secure clouds available,” says Qadir. “This accelerates our capacity to react to infectious diseases that can pose dangerous threats to both the economy and human life.”

The process — which currently takes 24 hours, a timeline that Fusion hopes to cut down to eight in the near future — involves extracting a pathogen from sample cells provided by a patient, using high-throughput sequencing to lay out the organism’s genetic code and then comparing that genetic footprint to the all known pathogens using cloud computing and Fusion’s own machine learning software.

The aim, says Qadir, is to correctly identify the signs of an outbreak before it reaches the pandemic stage. “The power of the platform is in pre-emergence,” he said to the Financial Post. “Our wider aim is to make it harder to have undiagnosed illnesses.”