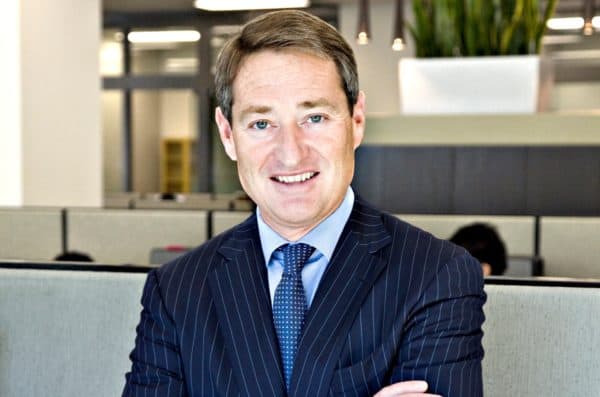 Are the winds of change blowing on the TSX?

While 2011 could by no means be described as a great year for tech on the Toronto exchange, it wasn’t a great year for mining and metals plays either. A smattering of technology related IPO’s in the latter half of the year felt like we had accidentally captured an endangered species on film; familiar, yet strangely foreign.

The TSX is now, by pure number of listings, a mining and metals specialty exchange. The technology companies that do slip through, however, appear to be of the highest quality. Toronto based CRM specialist NexJ Systems (TSX:NXJ), which IPO’d midway through last year, is one of the fastest growing companies in the country, having nearly tripled its revenue since fiscal 2008; from $7.86 million to $22.53 million in fiscal 2010.

Well, Nick, thirteen months prior we had raised $22 million in a pre-IPO, and we had done private raises. All along we were tracking the markets, and we knew there was strong institutional interest in finding high-growth tech IPO’s, or at least high-growth non-resource IPO’s. We had a feeling the window would open and when it did we jumped on it. If you look at the TSX at the time of our IPO, we were priced on the outer-edge of a downward shoulder pattern, for the technical analysts out there. We saw a decline that closed the window temporarily after that. My advice to any IPO wannabes is to be ready. Our filings took six weeks to complete, which is tremendously fast.

NexJ has nearly tripled its revenue since fiscal 2008; from $7.86 million to $22.53 million in fiscal 2010, I find CRM to be a fairly broad descriptor. What is the sweet spot of your business, who are you targeting?

CRM, in its most general definition, is about using computer software to influence human behavior. Our specific verticals are finance, insurance and healthcare. The NexJ solution gathers together risk profiles, interaction history, every spread sheet, everything. Most CRM vendors can perform well at some element of this, we offer a seamless line of business transactional systems. We can do it quicker and faster and with more context and relevance. To the user, all these components look like one system, but this is applied analytics and intelligent modeling, and this type of applied intelligence is the key to integration. As a result we now serve three of the six largest global wealth clients and have a proven track record in complex systems and mission critical environments.

You have done some work on The Microsoft Exchange. Do you worry about getting pigeonholed to one platform, or do you feel you will make up for any downside by aligning yourself closely with just one of the big boys?

It is interesting because we partner with Microsoft, we partner with Oracle, and we also compete with them. I feel it is important that we not be limited to a single platform. We run on BlackBerry, Android and iPhone, and we can run on any web browser on any platform, Linux or Windows, whatever. The bottom line is we will support whatever the customer has. Sometimes the customer has asked for something we can’t do, but with our platform diversity they must concede that if we can’t do it, it is completely out of the realm of normal, everyday business.

You recently added Tom Predovic from Oracle. What does Tom bring to the table?

First off, Tom is a great guy. He was VP Software Development at Janna Systems. He ran our inside development shop and our CTO Dave Shepherd was the outward face. As we grew NexJ, Dave was running both roles, while we went off and did all the necessary venture capital stuff. Tom was the lead on Siebel on Demand which, of course, became Oracle on Demand. Tom brings solid management and technical experience and we’re really happy to have him with us.

Can you tell us a bit about your background?

I was born and raised in Woodstock, Ontario, and studied systems design at the University of Waterloo. I then did four work terms at IBM and then joined Arthur Anderson in IT, consulting on specialized custom systems and design. I left there in 1990 and founded Janna. I sold Janna in 2000 September. I had a three year non-compete after the sale, and I started working on NexJ the Monday after the non-compete expired.

You recently launched the NexJ Health Exchange. Do you think healthcare will be an important vertical for you? As big as financial services?

I think ultimately health care is a larger vertical than financial services. Healthcare impacts every single person on the planet. If you look at the aging demographics, the emergence of the Indian and Chinese economies, with their increased protein consumption and subsequent increase in diseases such as cancer and diabetes, well that’s an enormous problem and an enormous market. And the fact is, we have been laggards in Canada on the e-health front. The work we have been doing with York University and others to use software to better healthcare has a lot of promise for these problems. Now if we were to try and tackle this market cold it could take years, but we have found that our head start is significant with the work we have done in financial services, and that much of the customer management is analogous.

2012 will be the first full year NexJ will be public. What do you hope to accomplish?

Well in 2010, we did $22.5 million in revenue. Our 2011 financials haven’t been released yet, but consensus analyst expectations are for about $ 30 million. In 2012 we intend to remain a high growth company. If you define that these days, you are looking at 15-25% CAGR, and we fully expect to target the high end of that range at a minimum. Based on our quantitative modeling, we have a two-year plan to break even and then to ramp up profitability. I think we can build this company in the near on the back of our financial services offerings and have healthcare in our back pocket for the future. The bottom line is that, more often than not, we are winning when we get to the table. In 2012 we need to get to more tables.