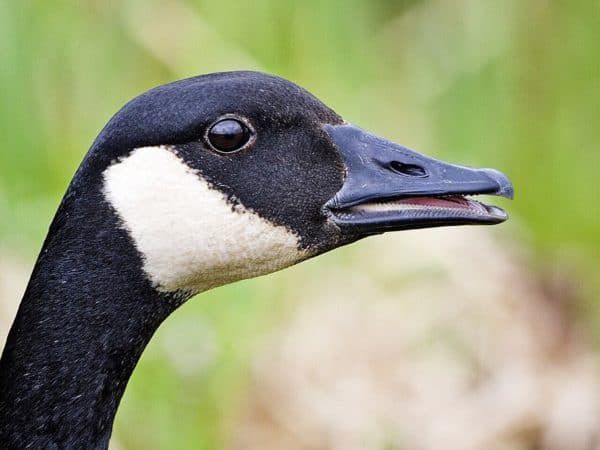 Do Canadian geese have an attitude problem?

It’s Geographic Information Systems Day and what better way to celebrate than by giving props to one of Canada’s most ingenious GIS creations – the University of Waterloo Goose Watch.  It may sound a little silly to the uninitiated but for anyone who has been party to Canadian geese attacking them, as many on Waterloo’s campus claim over the past few years, Goose Watch could not have gotten up and running (and flapping) quickly enough.

With the help of a user-generated map, Goose Watch lets students and staff know where at any given moment they might run into one of the winged beasts and their feathered ferocity, most aggressively on display during spring nesting season but apparently a year-round event, too.

Students have reported the evil-doings of one particularly uppity Canada goose known as “Spawn of Satan,” known to patrol the grounds outside Waterloo’s Hagey Hall. One student took to Reddit to tell the tale of an encounter with said bird, saying, “I heard a whoosh and looked behind me, and the f***ing thing was in full dive-bomb mode, wings tucked and mouth wide open, going straight for my face.”

To help chart their paths around campus, Goose Watch accommodatingly offers its users three levels of avoidance, to wit, “I’m comfortable near nests,” “I’m cautious,” and “I want to keep my distance.” Ah, if only this kind of thing existed for the rest of life’s bugaboos – Trump supporters, Leafs fans, eggplants.

International GIS Day was first launched over 16 years ago by ESRI, the Environmental Systems Research Institute in Redlands, California, and is now a global phenomenon, recognizing the impacts made by GIS technologies and “how geographic intelligence touches everyone.” ESRI founder and president, Jack Dangermond says, “This is an amazing event where all of our users around the world get together to appreciate each other’s work, whether it’s dealing with crises like Ebola in West Africa and climate change or making our cities run more efficiently.”

The organization lists hundreds of events around the world which are today celebrating GIS technologies, including at Mount Allison University in Sackville, New Brunswick, where event sponsors are touting the school’s minor in GIS studies, which currently enrolls 60 students. Environment professor David Lieske says that innovations in remote sensing used in satellite technology and personal drones are adding to the wealth of data available to those in the GIS field. “Technology is driving a need for specialists who can process this data,” he says, in conversation with the Amherst News. “There are huge opportunities for graduates who have knowledge of GIS and computing, and who have expertise in spatial analysis. It’s one of those things that is going to continue to grow.”

Municipalities are key investors in GIS technologies, employing it for everything from wastewater management to pothole mapping, all part of the Smart Cities movement transforming governance across Canada and worldwide. Mount A’s event will feature guest speaker Brian Herteis with the Municipality of Cumberland who will be talking about his use of GIS to map the geothermal infrastructure and green energy potential of abandoned coal mines in Springhill, Nova Scotia.